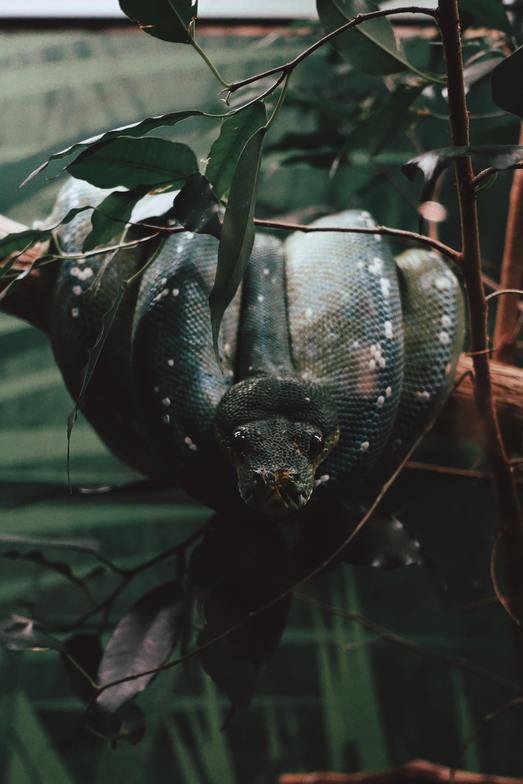 I wonder, if like me, you suffer from Ophidiophobia. It is one of the most common phobias, ophidiophobia it is the fear of snakes. Ever since I can remember I have not liked being near snakes, even when they are behind glass. I can recall watching the first animated version of Rudyard Kipling’s Jungle Book and being not at all impressed with Kaa the snake, with its hypnotic eye’s as it coils around Mowgli.

In most cultures, and particularly in western culture, snakes represent the darker side of life, what we might think of as the elements that are evil. I am sure it’s not coincidence that JK Rowling has a the villainous “he who must not be named” Lord Voldemort, looking like a snake in his human form, or that Slytherin, one of the four houses of Hogwarts contains Malfoy and other shady characters and whose coat of arms contains the image of a snake. Reading a recent blog post by Frances Young called the Serpent Christ I was reminded of this imagery again. The gospel reading today recalls the events of Israel’s past when Moses had led the people out of Egypt into the dessert. In the book of Numbers we read, about the complaints that the people had about their current circumstances and the ‘miserable food’ they had to eat and the fact that some were being bitten by snakes and dying.

In the ancient Egyptian Book of the Dead, snakes appear as hostile beings to be repulsed with spells, but also with magical powers for renewal of life. Generally, in antiquity, the serpent was a symbol of wisdom. Jesus is reported to have said, ‘Be wise as serpents.’ The name, Naasenes (Naas = snake in Hebrew) was given to certain gnostic heretics; clearly they were snake-worshippers, the snake symbolising the knowledge or wisdom which they claim brought salvation. In Genesis the snake tempts Adam and Eve with the promise of knowledge, and some rediscovered gnostic texts depict the serpent as the ‘goody’ in the story, offering the knowledge needed to escape from the clutches of the ‘baddy’ Creator-God.  From the usual point of view they read Genesis upside-down; but what was there to stop them? The serpent was a symbol of wisdom.

The snake-bite in the desert was an attack of ordinary human wisdom. When you’re dying of hunger and thirst, and not getting anywhere, what’s the commonsense thing to do? The antidote was the bronze serpent raised on a pole – the true wisdom that comes from God. So arises the Gospel insight that the wisdom of God was embodied in Jesus, the Son of Man, lifted up on the cross as the antidote to the serpent’s curse.

The challenge: where is divine wisdom in the current wilderness of climate change and coronavirus?

Perhaps we could take the advice of the hymn writer:

Turn your eyes upon Jesus, look full in his wonderful face, and the things of earth will grow strangely dim, in the light of his glory and grace.