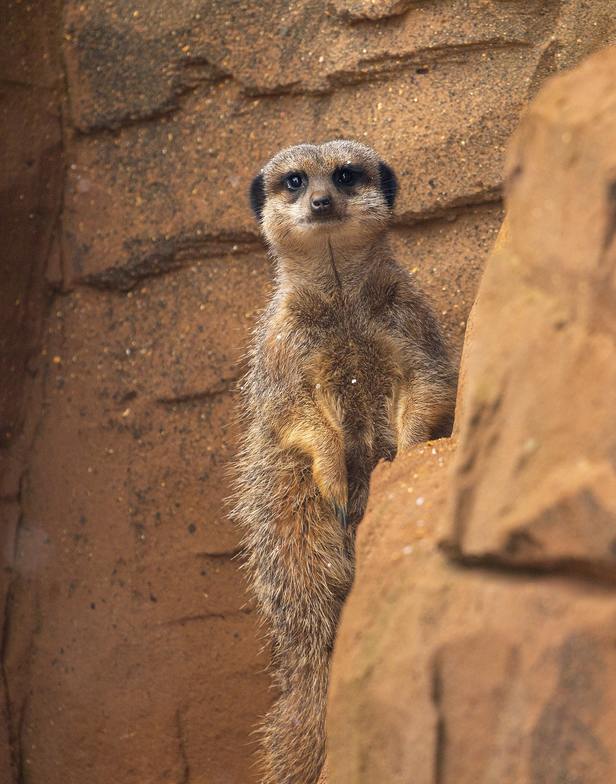 “Be on guard so that your hearts are not weighed down with dissipation and drunkenness and the worries of this life, and that day does not catch you unexpectedly,  like a trap. For it will come upon all who live on the face of the whole earth. Be alert at all times, praying that you may have the strength to escape all these things that will take place, and to stand before the Son of Man.” Every day he was teaching in the temple, and at night he would go out and spend the night on the Mount of Olives, as it was called. And all the people would get up early in the morning to listen to him in the temple.
(Luke 21:34-38)

Travel with me, back in time, to Jerusalem. The year is ad 58, nearly thirty years after Jesus’ crucifixion and resurrection. Many people in the holy city came to believe in Jesus in the heady days almost a generation ago, and many of them are still here, older and more puzzled perhaps, but still waiting and hoping and praying.

Things have been difficult, on and off. After the death of Pontius Pilate, there was Gaius who wanted to put a statue of himself in the temple, that had caused a riot. Then Agrippa was appointed but died very shortly after that, then came Nero.

Since Jesus’ death, there had been several revolutionary movements that had their moment of glory and then were brutally crushed, the political tensions were building up again. Against this backdrop, daily life carried on in Jerusalem. The Temple was nearly complete after seventy years of rebuilding and in the middle of all this, those who named the name of Jesus, who still met to break bread and worship in his name, and to teach one another the stories of what he’d done and said, were pulled and pushed this way and that.

How easy it was for Jerusalem Christians to become weary! If the gospel was producing exciting results, it was doing so across the sea, and they only heard about it every once in a while and didn’t always like what they heard (Gentiles claiming to worship Jesus but not keeping the law of Moses—that sort of thing). Their lives dragged on day by day. Friends asked them, sometimes unkindly, when this Messiah of theirs was going to reappear, and could he please hurry up. It’s not much of an answer to say that you had been told to be patient. Thirty years is a long time after all you know. All you could do would be to retell the stories, including the sayings of Jesus such as you find in this passage from Luke. Hang on. Be alert. Prop your eyes open—physically, perhaps, spiritually for sure. Pray for strength to meet whatever comes. The son of man will be vindicated, and when he is you want to be on your feet.

Now reflect on the Church today here in Indianapolis, - there is the world emerging from a pandemic. It is beginning to start going about its business, or as it may be, its pleasure. In ways that resemble something of the pre-pandemic status.  Your friends think you’re odd still going to church. Everybody knows Christianity is outdated, disproved, boring and irrelevant.  They say if your Jesus is so special, why is the world still in such a mess? They don’t want to know about the freeing of the slaves, the rise of education and the building of hospitals; they certainly don’t want to know about the lives that are changed every day by the gospel. They want to load you with the cares of this life; and, as Jesus warned, with dissipation and drunkenness, literal and metaphorical. They want to wear you down, to make you think you’re odd and stupid. Why study an old book, they say, that’s never done anyone any good?

The answer is the same for us as it was for the Jerusalem Christians nearly a generation after Jesus. Keep alert. This is what you were told to expect. Patience is the key. Pray for strength to keep on your feet. There are times when your eyes will be shutting with tiredness, spiritual, mental, emotional and physical, and when you will have to prop them open. This is what it’s about: not an exciting battle, with adrenalin flowing and banners flying, but the steady tread, of prayer and hope and scripture and sacrament and witness, day by day and week by week. This season of lent reminds us to pay attention to our routines in spiritual life, maybe even to change them up a little. This routine is what counts; this is why patience is a fruit of the Spirit. Keep rereading the stories. Remind one another of what Jesus said. And keep awake.