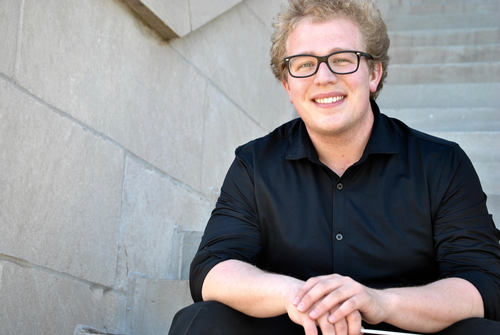 John Morrow is a Choral Conductor and Organist from Altus, Oklahoma.  He most recently served as Associate Director of Music and Principal Organist at McFarlin Memorial UMC in Norman, Oklahoma, where he directed the high school and middle school choir, accompanied and assisted with the adult and college choirs, played organ for all worship services, and directed the high school handbell ensemble.  He studied at the University of Oklahoma in both International Studies and Choral Conducting, with Dr. Richard Zielinski, Dr. David Howard, Dr. Vicki Schaeffer, and Dr. David Heller of Trinity University.  As a musician, John has recently studied in Sweden with Gary Graden and Mikael Wedar, and was named a finalist with "The American Prize" in the Conductors for Community Ensembles division.  He has worked as a teacher, assistant, and collaborative pianist with the Sooner Theatre, the Norman Philharmonic, the Zielinski Singers, and the Oklahoma Summer Arts Institute.  He believes strongly in the power of communal music making to bring people together.

John is pursuing his Masters in Organ & Sacred Music at the Jacobs School of Music at IU.  He and his wife, Rachel, live in Bloomington with their dog Indiana (so-named long ago) and their cat Kota.  Rachel is an actress, singer, and theatre professional, and together they love to travel, cook, create music, and write.